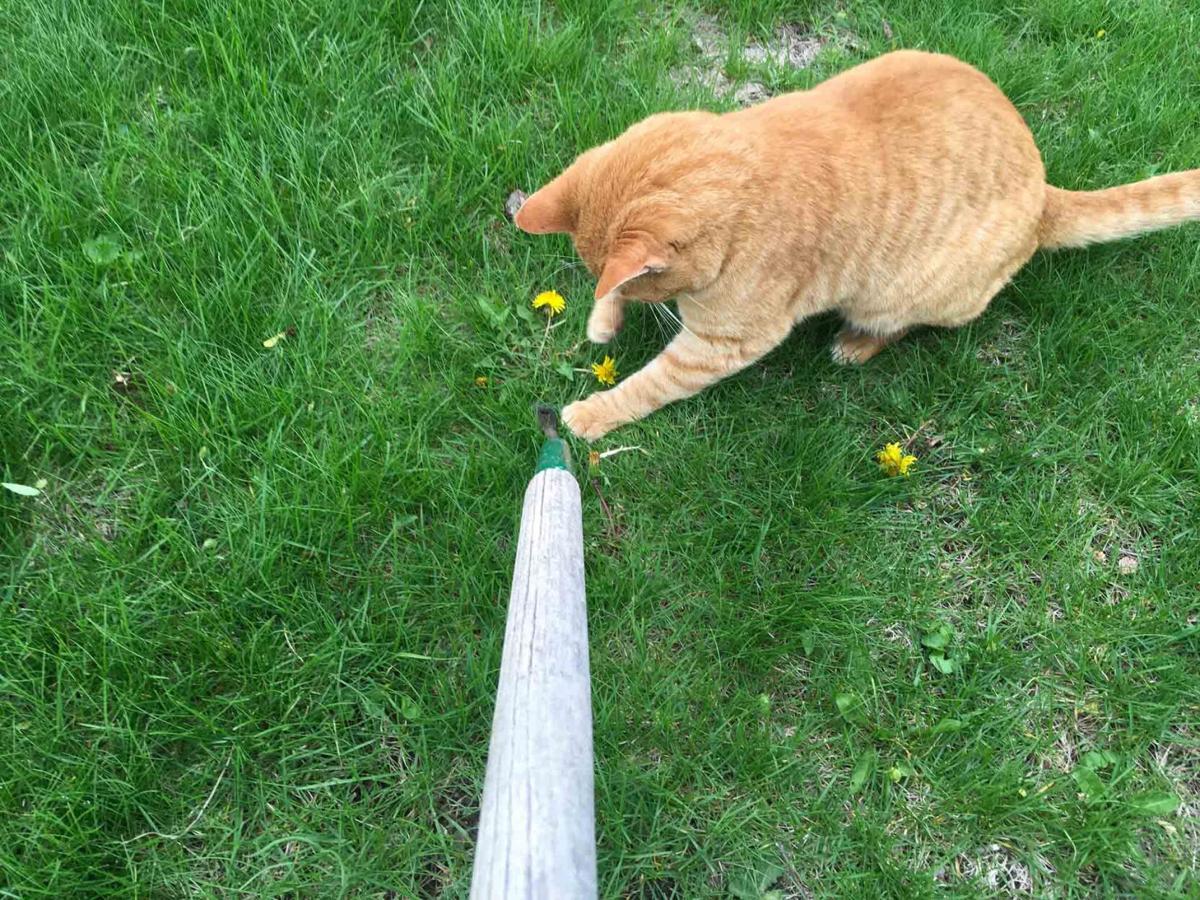 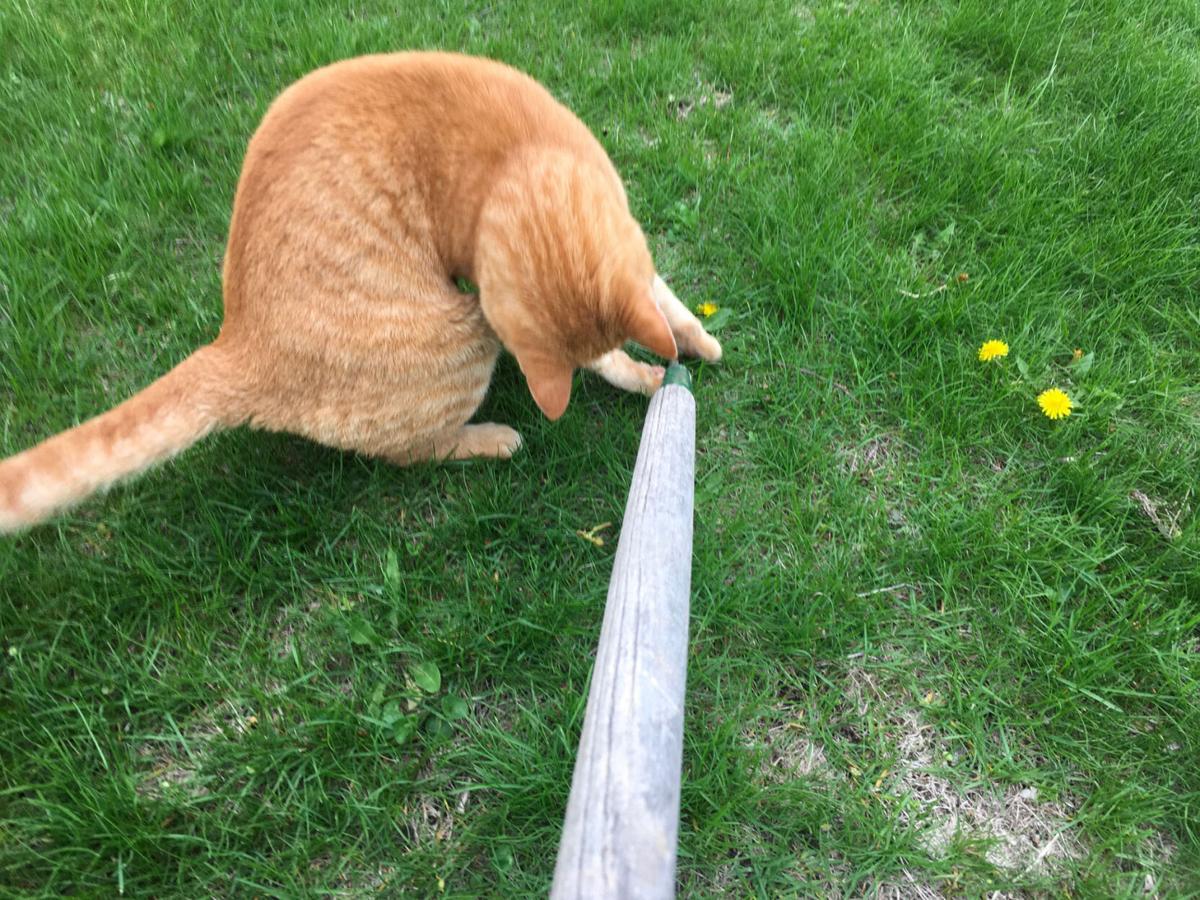 This column by Mona Weatherly was first published in the April 29, 2021 issue of the Custer County Chief.

There are a lot of serious things going on right now. Everywhere you look seems like some of heavyweight proportion is happening.

Take time to stop and smell the flowers.

It may be a bit early for flowers. Other than dandelions. Those bright bursts of yellow are popping up everywhere. I don’t do a lot with chemicals in our rural lawn but I go after the dandelions with a weed digger. It brings back memories of my Dad, walking around the yard, long-handled weed-digger in hand, getting after the dandelions.

It’s also relaxing. I get my mind off other things and concentrate solely on the dandelions. With a few exceptions. One is our Ginger cat who somehow acts as if the whole thing is about her. Cats are like that.

When Ginger sees the end of the weed digger moving in the lawn, it’s a signal for her to come over, chase it, catch it, wrestle it, bite it and kill it. I do my part, dragging it through the grass, rustling leaves a bit, digging up a bit of extra dirt and generally just making sure I don’t nab one of her paws in the process.

The other exception is bees. I’m not worried about getting stung. It’s more about their food supply in these cool spring days.

During one of the cooler days of the past week, I meandered about with the weed digger, letting Ginger kill it a couple of times, and a few bees buzzed about. This early in the year, I figure dandelions might be a good part of their food source. So I let Ginger wrestle the weed digger one last time and stopped digging. Later, when bees have a broader buffet of blossoms, I can always get back to weeding dandelions. Or not.

Of our three full-time outdoor cats, Ginger cat is one ticks prefer. So far this spring, I’ve found nearly twenty crawling on her. They haven’t been attached, they just seem to like her orange fur. After the first dozen or so, (which was in the span of about two days), I bought flea and tick treatment from our vet. You’re supposed to apply it between the shoulder blades so the cat can’t lick it.

Anyone who has held a cat, let alone anyone who has tried to medicate a cat, knows location can be approximate at best. Their skin is like a loose bag holding a bunch of bones together. You can hold a cat and apply the medicine to the precise location and then, when you let the cat loose and the skin slips back into place, you can see just how close - or how far off - you really were.  So the medication was applied to Ginger in between her shoulder blades...which really turned out to be somewhere in the approximate region of her back.

Because the gray tortoiseshell and the gray tabby have been tick free, even before treatment, I’ve been wondering if ticks prefer a certain type of fur or color.

I asked Dave Boxler, UNL Entomologist in North Platte, about it. His response was that it’s not about fur type or  color. “Ticks do not prefer one type of fur over another. Ticks are attracted to carbon dioxide and body heat generated by the host,” he said.

Which made perfect sense late in the day Saturday The warm day was rapidly cooling into evening. And there was Ginger, returning from her forays into the grasses and trees, with about eight ticks clinging to her warm fur.

It’s good to have little things like dandelions and cats to take care of and to relax our minds.  We do have serious issues - 30x30, roads, taxes, COVID (yes, it’s still around), and other things. We shouldn’t forget those. Still, take a break from the stress and the worry. Stop and smell the flowers, or maybe dig dandelions and catch a cat instead.